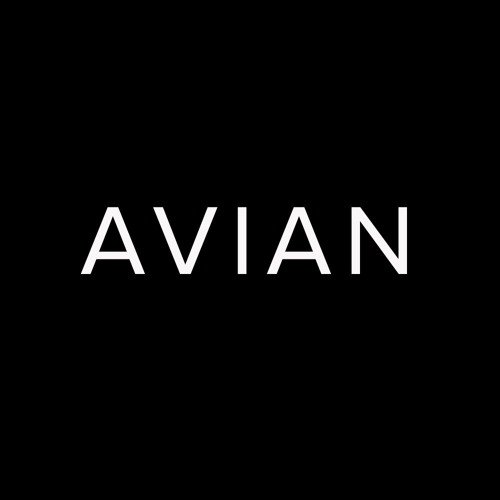 Avian is one of those labels that discreetly explores the explosive movement of everything that can be done in terms of electronic music. Based in London and founded by the British Shifted in 2011, Avian’s releases deflower under exploited genres in techno, and revisit the basics of experiments created by UK techno boss, aka Regis & Surgeon.
If the one who kicks off is none other than Shifted himself with an EP 3 meticulous techno ambient tracks, we will not remain unmoved by the meticulous flight of the label.

Avian hosts alternately unknown-known aliases, MPIA3 (aka Truss), Covered In Sand (aka Shfited), Zov Zov (aka Broken English Club), under several sub-labels: MIRA, with over 10 releases oriented techno leftfield – but who will finish its road in 2015 – , Drifting Over, and Pacific Blue.

If Guy Brewer (Shifted) preferred to merge the requirements of the dancefloor with the more experimental journeys of the avant-garde electronic music, he doesn’t skimp in hisof sound experiments laboratory , even launching the career of the enigmatic duo SHXCXCHCXSH who sets his stage in 2012 with a techno monolithic, unpronounceable titles, whose signature will remain anchored by the rest of their productions on the label.

James Shaw (aka Sigha) will debut on Avian with The Purification Loops, a collection of powerful atmospheric explorations, in the nature of rehearsal, and come back under two other aliases, A Vision of Love and Faugust, with shoegaze records and synthwave drone.
Careful packaging, conceptual albums and historical references, Avian’s sonic universe gives a free hand on technoid experimentation, taking care never to get too far from the dancefloor.

The name, I’m really not sure. I think it was just plucked out of thin air. It’s either very difficult or very easy to come up with project names. This one as I remember it was difficult. I just wanted to have a platform for my own productions and that of friends, I was releasing a lot of music around that time and I wanted more control over it, so I started Avian, initially with a guy from my hometown in the UK called Ventress. I don’t think the label really found its niche until a couple of years in, before that it was kinda all over the place. 2014 we had Skarn, the two Sigha EPs that feel connected and my split Arrangements In Monochrome. After that, I knew what I wanted to label to be, and I still stick to that ethos really.

It’s just driven by what’s around me. I’m very fortunate to be surrounded by some really talented people. I don’t agree that it’s “experimental techno”, some of what we do is very functional. It’s just bought together by a common thread, something that runs through it all that’s kinda intangible. Something can be totally alien to the rest of the catalog in terms of tempo or style or whatever and yet still feel like it belongs

Not having enough time and energy to put into it, I’m a touring musician obviously and at points I’ve felt like it was too much to keep up with. We’ve had years where it all felt abit pointless, but perhaps that’s more down to my frame of mind at the time. Then you’ll get sent something and it’ll kinda kick you into gear. You realise how important it is to keep doing this, particularly right now when there’s so much change in the scene. Trends are changing, there’s so much unlistenable garbage out there, being made for all the wrong reasons. So yeah, maybe I feel a responsibility to keep pushing this side of things.

No. Things happen by change here at Avian and I like that about it. I will occasionally open demos and listen, and I have signed stuff that way before. The only people I ever tracked down was SHXCHCXSHX. They’ve now become such an integral part of the label, it almost feels to me like I was meant to find them. By and large things will just naturally happen by a recommendation/introduction from a friend or I’ll meet someone while touring and form a connection.

As I mentioned earlier this is the hardest part. I’m not gonna start whinging about having to travel too much, let’s face it, there’s much worse jobs. The part that’s hardest for me to deal with is when you are touring too much you start to loose the fire for the music, or you start to make decisions based on what you want to achieve as a DJ and that’s ultimately gonna be terrible for the label. You’ve gotta keep your ethos at the forefront of what you do, once you forget what the point in something is then you may as well call it a day. A clear vision should transcend what is in fashion at any one moment, it should be something that mutates naturally and leads you to fresh places without having to be forced there.

A year before the release of his highly advisable and  praised album “Linear S Decoded” on Avian, Swedish duo SHXCXCHCXSH released their first LP “STRGTHS” in 2013. Hammering both a coldly heavy and throbbing rhythm, “WHTLGH” is an incarnated proof of the duo’s unique approach in terms of industrial techno, marking a very promising debut.

Grace, rhythmic industrial project of Oliver Vereker (LIES, Berceuse Heroique) is the subject of Avian’s attention, especially the eponymous 8-track cassette released by the Californian collective Ascetic House. Avian has reduced to 4 the number of tracks of the original cassette, a sort of techno-collage-vintage, mixing raw rhythms and creating a disturbing atmosphere, reminiscent of Steven Stapleton’s industrial ambiances.

British producer Pris explores themes of boredom and alienation in Avian’s abstract debut. Resin label boss offers 4 independent tracks but connected by the same feeling of worry, as if lost in an indescribable sound space. “Domestic” is typical of Pris’ music, like Rrose’s techno-metallic ambient, and Avian’s aesthetics.

The 2nd SHXCXCHCXSH’s LP  is certainly the one that has most marked Avian in its visibility. Linear S Decoded is much more melodic and warm than previous releases. The contrast is striking, but the sounds so characteristic of SHXCXCHCXSH are palpable.