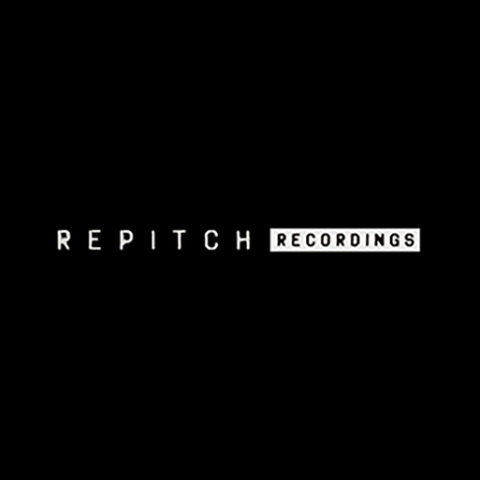 Founded in 2011 by 3 Italians in search of a new expression of the electronic scene, Repitch is a multi concept label, but mostly multifaceted. Davide Carbone (aka D.Carbone and Honzo), Pasquale Ascione (aka Ascion and CSA) and Nino Pedone (aka Shapednoise), 3 producers, each with a rather avant-garde vision of electronic music, take us on the paths exploring the raw and raw side of techno by offering concept albums, 5-headed EPs and their more experimental aspirations in the Cosmo Rhythmatic and 3th labels.

Originally from southern Italy, Davide and Pasquale, bored of a minimalist techno that prevailed at the time in the country, begin to produce music together and make it their main loophole. Shortly after laying Repitch bricks, they meet Nino (Shapednoise), who seemed to be the missing piece to define the label’s identity, thanks to its visionary and futuristic aspect of electronic music.

The essence of Repitch is delimited by a careful mixture of the 3 producers music tastes. They signed the first release of the label, called “REPITCH 000”, with a dark disc sober design, thus laying the foundations of their field of sound experiments.

In 2011, after the first 10-inch series release, initialized by a Markus Suckut and Marcelus split called “10Inch01”, Ascion and D.Carbone starts another disc concept, the “Features Series”, whose artworks created by Pasquale are characterized by merged faces of the artists, a collaboration that brings together their obscure and futuristic inspirations.

The sequence of the first 3 “Features Series” will be marked by the appearance of the Manchester duo AnD who produced the third volume of the serie in 2012, with 4 solid, powerful and raw tracks, including a remix of Sementica label boss, Svreca .

The Repitch brand is well anchored and stands out with more and more wild sounds and powerful rhythms, in a time when techno gently reappears in the scene. We discover then the Italian producer based in Berlin, Gaja, who signed in 2013 the first non-conceptual EP Repitch “Patterns”, produced exclusively with hardware equipment, then the project of Francesco Baudazzi, aka Violet Poison which comes to fill the atmosphere of the catalog with a raw and percussive techno EBM oriented  with his EP “Aldebaran Alabrahamis Oxakindiss”.

The releases are linked together and fit into a technoid landscape that is increasingly industrial and acidic. Punk influences with Stave “After the Socia”l EP, including a remix of Regis “Hardened Chord”, reminiscent old-school and rhythmic drum & bass with the Iranian producer Sote (10inch04), Repitch offers a variety of music without compromise and borrowing a certain authenticity. “Dys Functional Electronic Music”, the 1st LP celebrating the 5 years of the label is an artists compilation (Galaxian, Mike Parker or Skudge) who have helped to shape the Repitch sound over the years or have been inspiring , and represents this omnipresent diversity on the label. Always in search of concepts, Repitch declines the LP in 3 EP  containing the album tracks.

​With taking care of keeping the dancefloor spirit, we recently discovered the appearance of artists like Umwelt or VTSS, DJ and rising producer who’ve just signed the latest Repitch release “Identity Process” with 5 energetic tracks inspired by rave and hardcore. With 26 releases in 8 years of activity, Repitch quietly continues its music exploration by avoiding to enter the norms of the industry with rich and surprising musical proposals.

As The Name says, Re-Pitch has the intent of delivering different shapes in Techno music and to not stick with the same bpm or sound, to keep it evolving all the time while looking at the roots of Techno Music.

We all have different opinions on how and where we release our material, meanwhile, we are all looking in preserving the REPITCH identities when it comes to releasing our projects on other labels. Of course, each of us has different aims to reach since each of us has a specific music trademark and personality. Regarding the REPITCH sound identity, it could be described as the union between our distinctive styles and visions that merge in what the REPITCH Signature sound is.

We are trying to deliver records that have unique sounds, music that transmits certain types of emotions, from up-lifting beats to dark and introversive vibes, it is all about what we feel is going to succeed. The tracks must not be specifically produced for the dancefloor or in a traditional form either.

Except for Ascion whose specific job is also to take care of all the graphic content creating a strong visual identity for the label, we don’t have specific roles. For each release one of us can end up doing the job that the others had in the previous one, we keep some insights private. We help each other in all the tasks that need to be done to push the label forward, and we all do it with passion and respect towards REPITCH.

Yes, we do, it’s the most particular and interesting side of the job, gathering the artists and wondering about the releases. Nevertheless, to receive unexpected music from producers that we like is pleasant, it makes everything easier but it occurs very rarely. Concluding, We intentionally approach artists rather than listening to the demos in emails. Mostly they are general spammy emails, not directed and unprofessional. We recommend avoiding the superficiality if you don’t want to be ignored.

The Intuition on how the producer will develop is the key. No matter what, when releasing artists that have the talent, dedication and vision the public sooner or later will end up listening to their music or hear their names, even though at that moment this music or artist is not in demand. Quality, singularity, and taking risks should be the main factors leading to progress in the electronic music culture, in the end, that’s what people will always demand at some point.

"NOT TO MISS" releases on the label